Duos Catering is many love stories rolled into one.

Duos Catering is many love stories rolled into one. Love of food, love of life and a love of celebrations, gatherings, family, and friends. Add a deep love of the Pacific Northwest and the bounty each harvest has to offer. At the heart of the company, there’s a special duo. Chef Joshua Cooper who runs the kitchen and Benjamin Jury who runs the events.

Duos soon took residence in Luna Park, a stone’s throw south of the West Seattle Bridge where Avalon becomes Harbor Avenue. For a while, Duos operated both as a restaurant and a catering company. The catering side grew so quickly that the restaurant closed in 2015. This allowed The Lounge at Duos to become a full-time event rental space. In the summer, the Lounge is open three days per week to serve as West Seattle’s premier happy hour hotspot.

The family kitchen got bigger with every move around West Seattle and Burien, and so did his desire to master classic recipes and dream up new ones. He read cookbooks of the great chefs and honed his craft cooking for the most demanding of clientele – his giant family, one that includes 33 cousins who still live nearby. Joshua’s mom works with him at Duos, as do members of many other families who work together in the kitchen and on the floor event teams. This is why Duos Catering is closed on holidays –  holidays are when families belong together – to celebrate life, blessings, and cuisine. The rest of the year, the Duos family passionately serve up unforgettable experiences all around Greater Seattle.

Benjamin Jury grew up with a thirst for adventure.

Ben wanted to travel the world and soon learned he could make a living doing so. During college, he interned at the Seattle headquarters of Holland America Cruises. Ben showed a knack for planning corporate activities and signed on as an assistant cruise director soon after graduation. For three years, he sailed the Caribbean, the Mediterranean, South America, and Alaska routes, helping passengers make the most of their time at sea. Ben dreamed up, organized and managed festive onboard events to help strangers mix, mingle and make amazing memories. When Ben returned to Seattle, he joined his father’s real estate appraisal firm. For the next five years, he crunched numbers, honed his business skills and perfected his attention to detail. Soon after he met Joshua, Ben found himself helping out in the kitchen and making deliveries. As the events grew bigger, so did his role. Today he is Duos catering manager and CFO.

A team of equally passionate cooks, servers and bartenders, plus a network of trusted suppliers, contractors and talent support Duos at events of all sizes all around Seattle.

Tell us more about your event 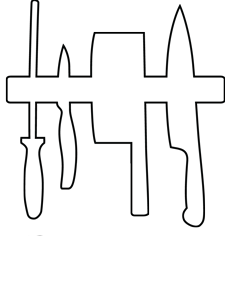